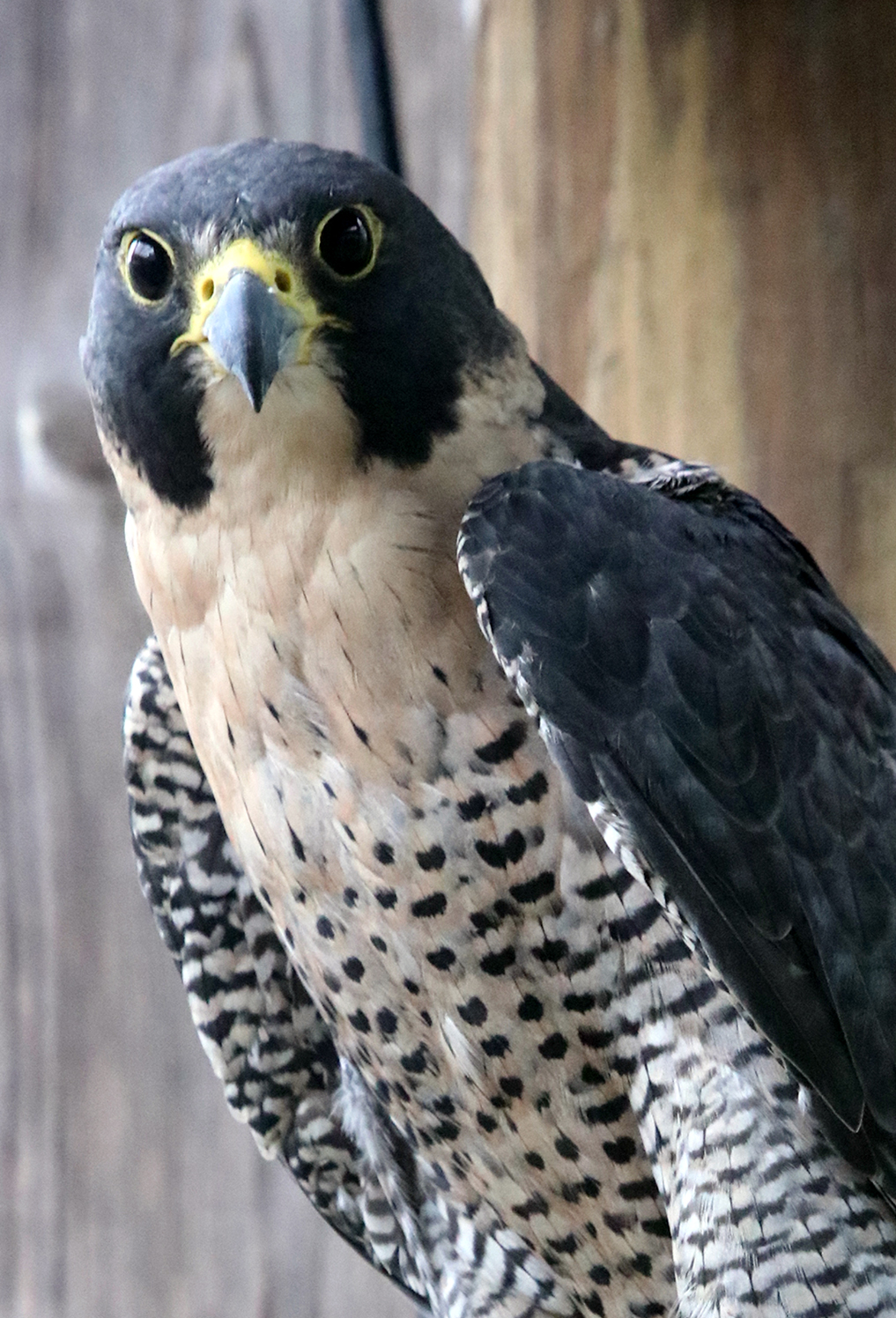 Fairlee is a local, coming into the VINS rehabilitation program from Fairlee, VT, an area known for peregrine falcon nesting. Fairlee was found in April of 2017, unable to fly due to a wing injury. With x-rays, VINS rehabilitators diagnosed a fractured wrist joint. Despite treatment, Fairlee’s wing never healed exactly right. She only has a very slight wing droop now, but due to Peregrine Falcons’ natural hunting and flight behaviors, Fairlee was not quite well enough to be released to the wild.

Fairlee joined the VINS raptor enclosures in August 2017, and quickly adapted to life in captivity. Her enclosure is set up to replicate Peregrine Falcons’ natural habitats with rocky ‘cliffs’ and high perches. Volunteers feed Fairlee her favorite foods, chicken, quail, and duck, every day. She is most often seen at the highest perch in the exhibit observing from above. 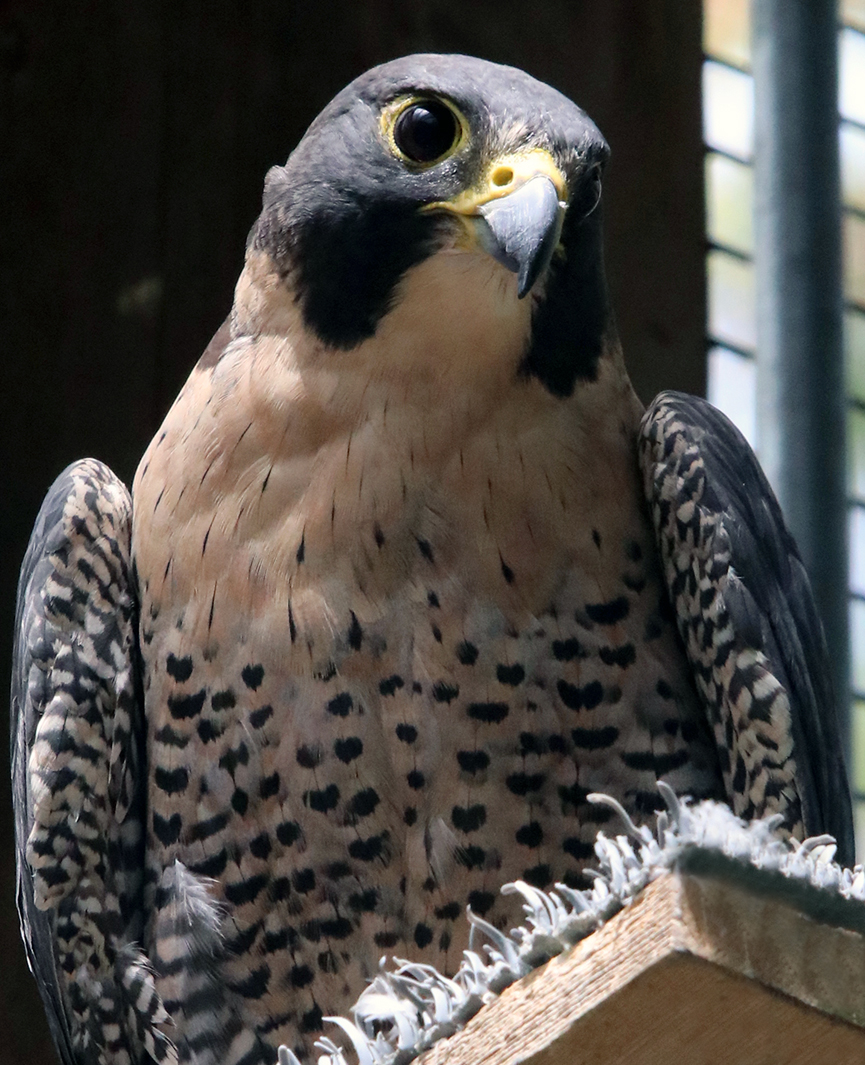 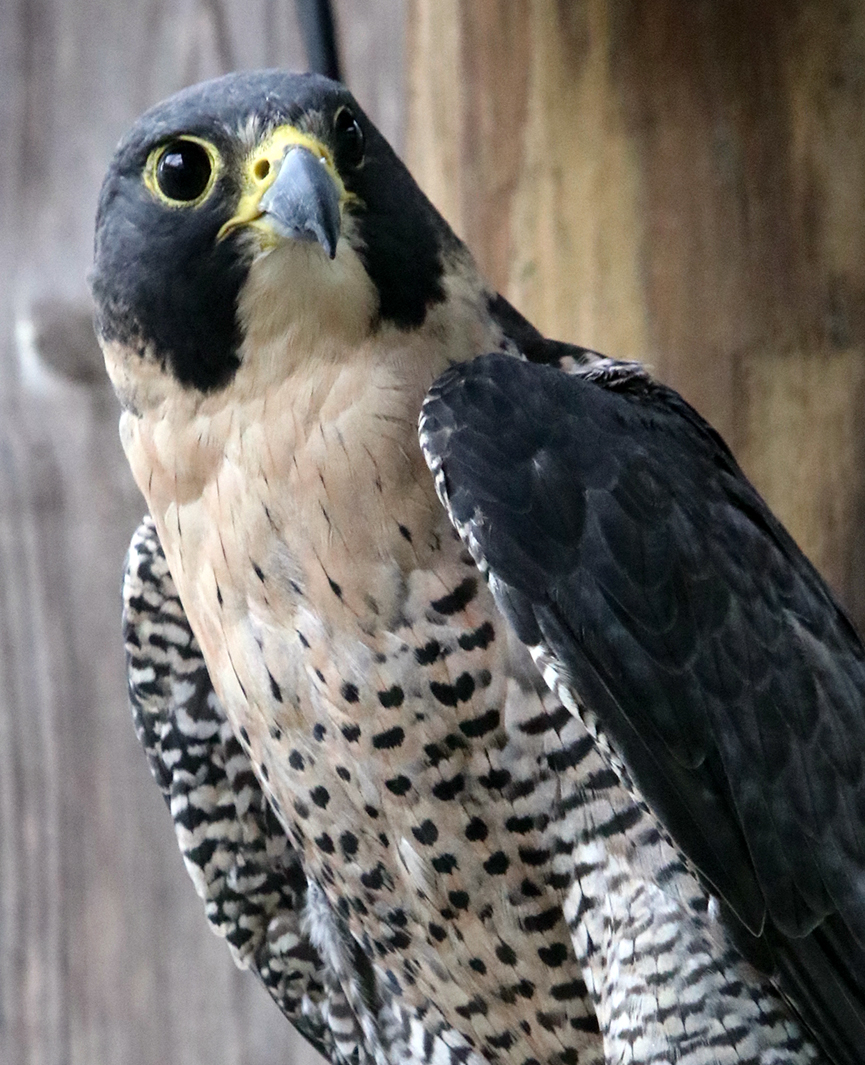 Thank you for helping support the care of our Peregrine Falcon, Fairlee, through the RISE Adopt a Raptor Program. Together, we can protect our natural heritage through education, research and avian wildlife rehabilitation.