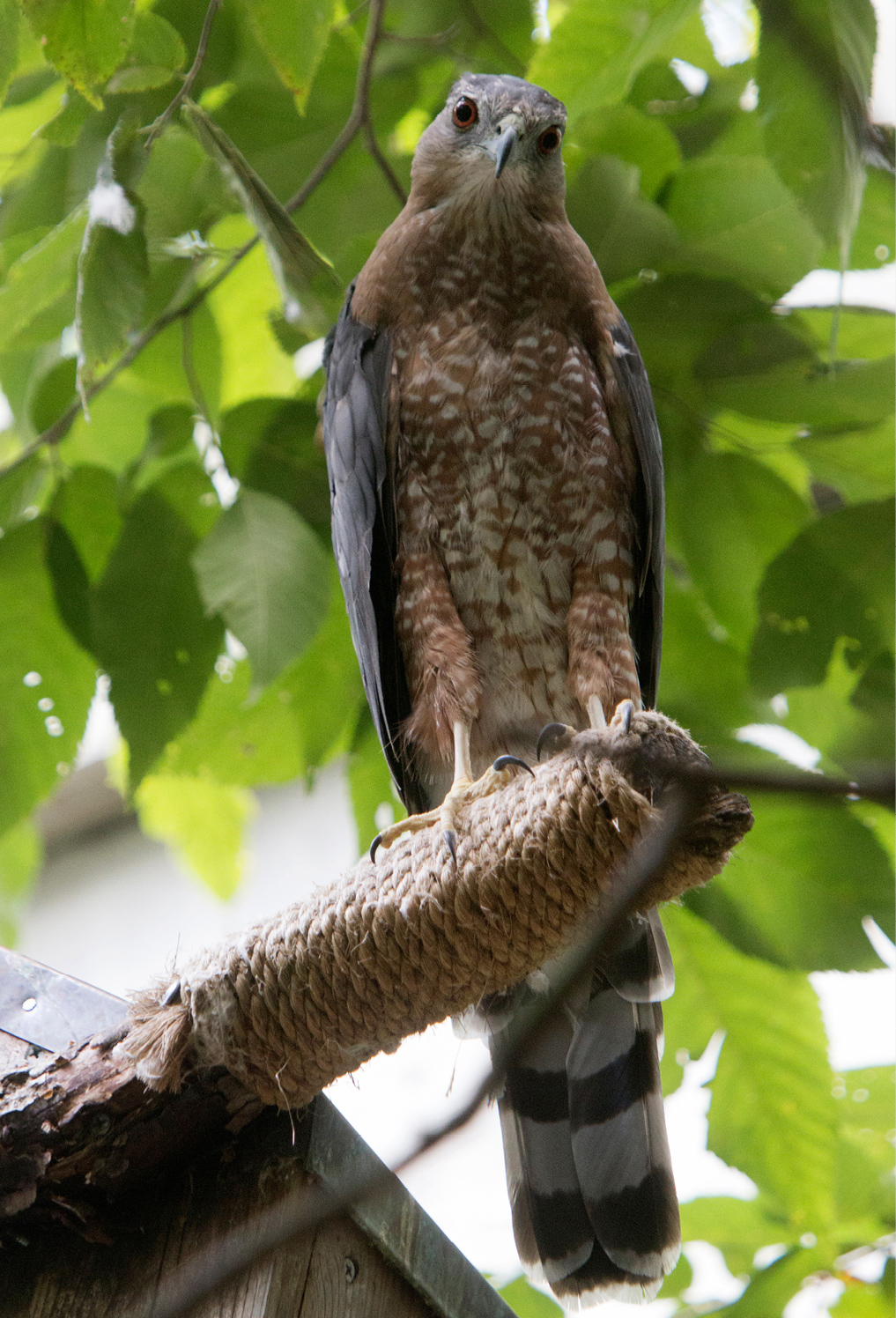 Fallston the Cooper’s Hawk is originally from Fallston, MD, where he was rehabilitated in 2001 after a collision with an unknown object. He has a permanently injured left wing, nerve damage to his tail, and has also suffered neurological trauma. He cannot fly well enough to hunt, so he was transferred to VINS in 2009. Fallston enjoys perching on the very highest branch in his enclosure, where he has a great view of our forest.

Housed with Lafayette for over a decade, Elmwood surprised everyone one spring by revealing “he” was a “she” by laying an egg. While the two eagles do display typical nesting behaviors every spring, the eggs laid are infertile. Most of the year, Elmwood is sitting comfortably “front and center,” as close to visitors as she can get—and she rarely lets Lafayette perch in this spot! Elmwood is also very vocal revealing the piercing, chittering call of a Bald Eagle whenever something interesting occurs near her enclosure. 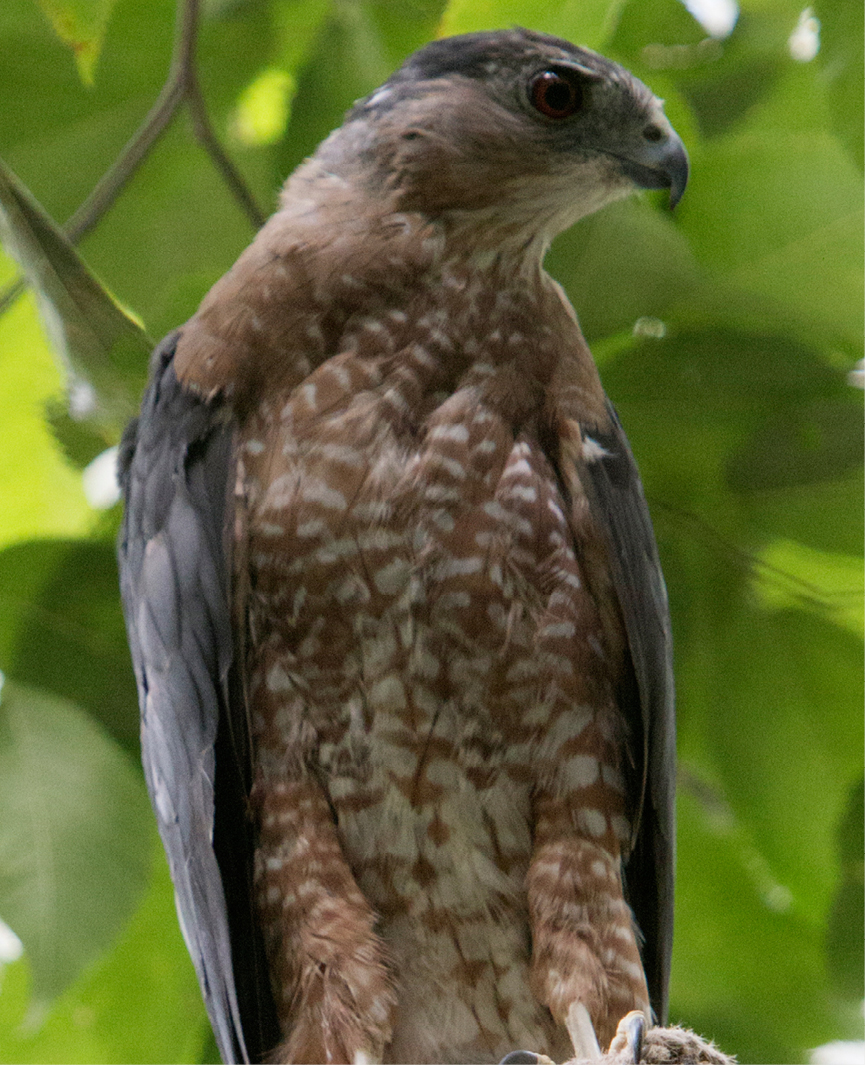 Thank you for helping support the care of our Cooper’s Hawk, Fallston through the RISE Adopt a Raptor Program. Together, we can protect our natural heritage through education, research and avian wildlife rehabilitation.