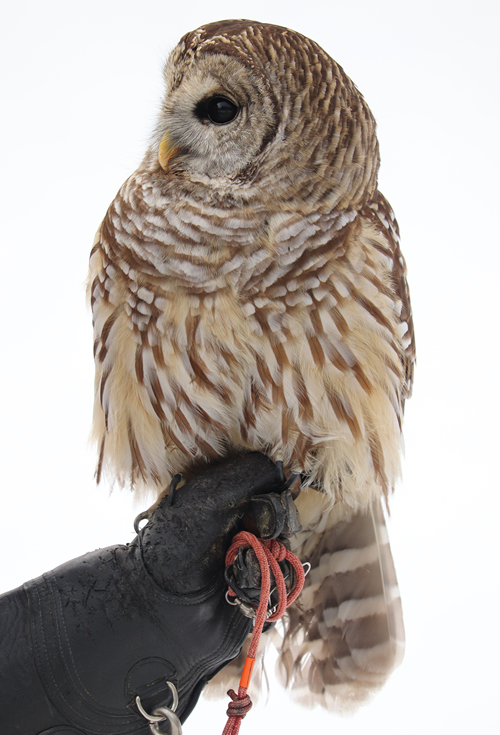 Hartland was admitted as a patient to the Center for Wild Bird Rehabilitation in May of 2016 as a fluffy nestling. He had fallen from his nest in the wild, and was rescued and brought to VINS for care. No physical injuries were found, and Hartland was housed with other orphaned barred owls around his age. As he grew, it became clear that Hartland had become imprinted, unintentionally, by his rescuers. This meant that, although Harland was healthy, he would not develop the natural wild behaviors of a barred owl because he had identified as the ‘parents’ who fed and raised him, humans. Hartland would not be able to be released, but rather, would remain in captivity.

Hartland was transferred to permanent placement in VINS’ education program later that year and began his training. VINS educators worked with him to become a bird ambassador. Hartland is very alert to his surroundings, and eager to greet his human colleagues each day. He is now a valuable member of the education team at VINS, teaching visitors about barred owls, the iconic and most common owl in Vermont. 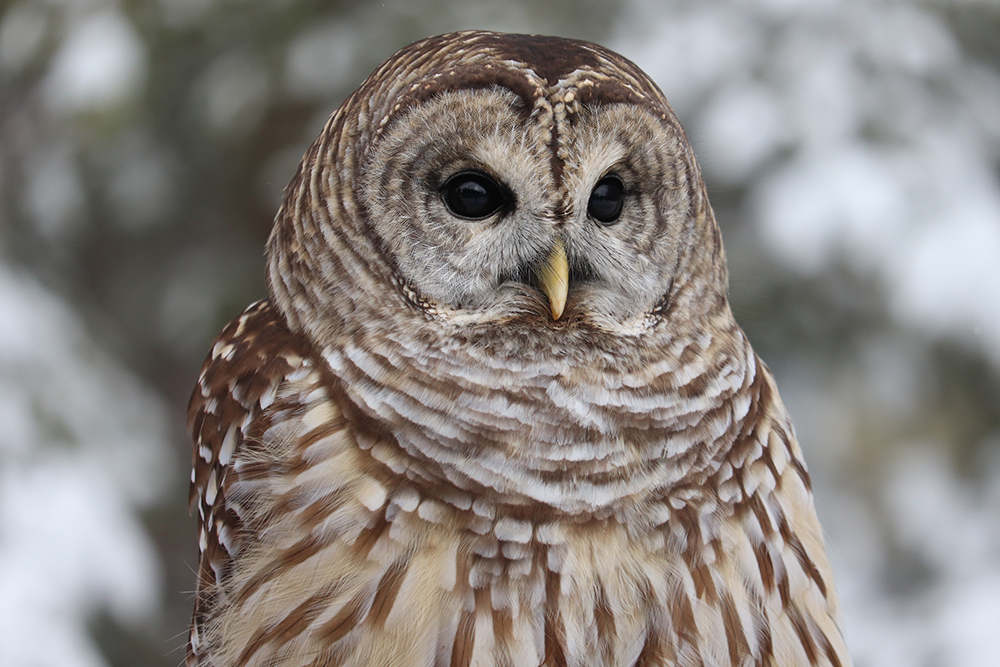 Thank you for helping support the care of our Barred Owl, Hartland, through the RISE Adopt a Raptor Program. Together, we can protect our natural heritage through education, research and avian wildlife rehabilitation.