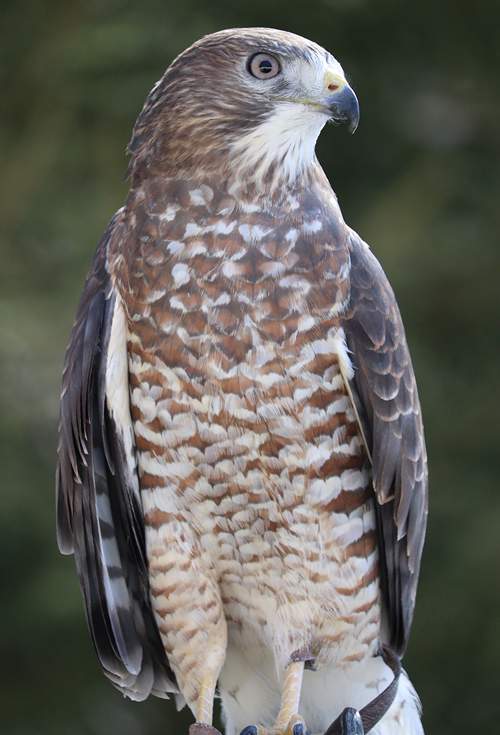 Northfield, the broad-winged hawk, was rescued as a nestling when he was found having fallen from his nest in the summer of 2016. He was brought to VINS to treat his injuries and raise him until he could be released. At such a young age, Northfield was diagnosed with a fractured right shoulder. He was treated with wing-wraps and medications at VINS until the bone had set. Like many joint injuries, this one didn’t heal exactly right, and after the treatment was complete, Northfield still had a droop in his right wing and it was clear that he would never be able to fly well enough to make the long migration that broad-winged hawks make each year. Northfield was transferred to permanent placement at VINS.

Now, as an animal ambassador, Northfield helps teach visitors to VINS and school classes all about raptors, migration and wild habitats. He has a curious personality, and his trainers are constantly working to come up with new and creative ideas for enriching activities for Northfield that mimic his instinctive behaviors and challenge his curious mind. He can even identify and pick out different colored blocks! 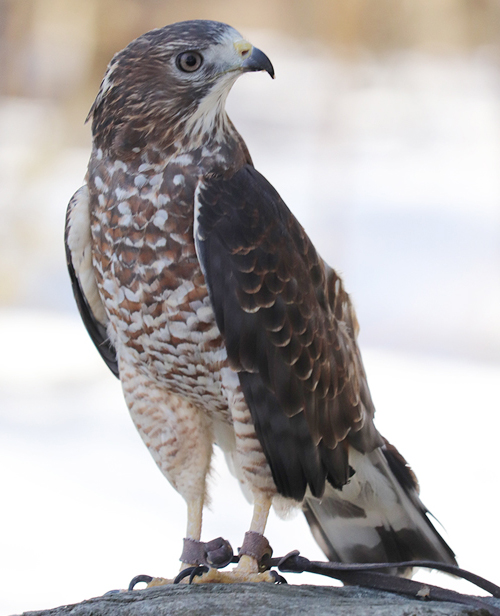 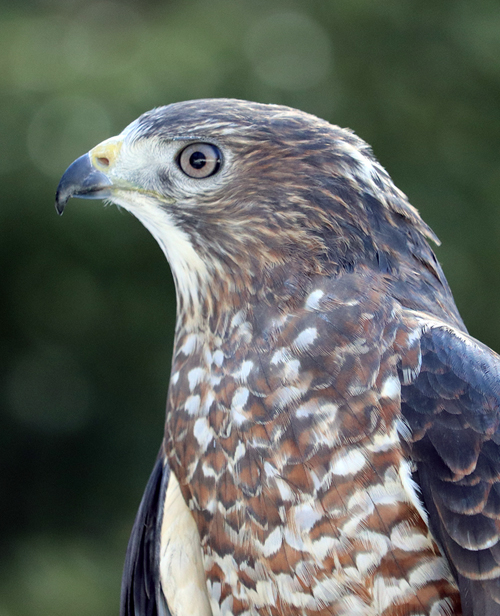 Thank you for helping support the care of our Broad-winged Hawk, Northfield, through the RISE Adopt a Raptor Program. Together, we can protect our natural heritage through education, research and avian wildlife rehabilitation.